A KNACK FOR INNOVATION 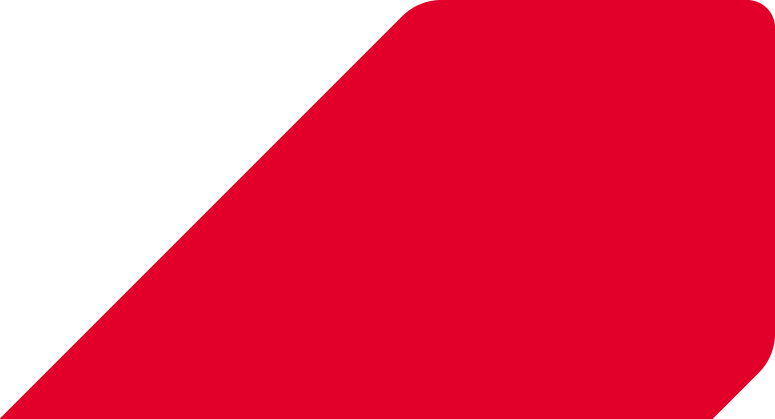 Since the end of 2018, ESYLUX has been celebrating a notable double anniversary: 25 years of ESYLUX and 50 years of entrepreneurship for Peter Kremser. It is high time to ask what, from the perspective of our senior boss, has changed over the years, what has stayed the same – and what he now sees as the secret to long-term success.

Mr Kremser, a news portal recently reported that Germany lacks entrepreneurial spirit, and that potential founders prefer a permanent position nowadays. Does it take a special character to become an entrepreneur?

It's undoubtedly a question of attitude. Some people tend to be cautious and are content with a secure salary, even if it is not a very big. Then there are others who are more willing to take risks and they will have an income that can be very good at times and at other times quite the opposite. The opportunity to become a successful entrepreneur is always there and there are different possibilities every time. Take a look at what has happened in the IT sector over the last 10 or 15 years. There are always things opening up.

When you founded your first company, Peter Kremser e. K., more than 50 years ago in Hamburg-Niendorf, it was a risky option.

An exciting time, but also a challenging time. When I told my mother on the phone that I'd quit my job as an engineer at AEG, she was horrified: »What about your salary? What about your expenses?« She was even more shocked by the news that I now wanted to become a representative. »That's not why I sent you to university!« I came from a family of civil servants. We became doctors or lawyers. To my family the word »representative« evoked images of the airy-fairy vacuum cleaner salesman who went knocking door to door. The ideal of the respectable merchant was unknown to them and unfortunately so was the fact that reputable commercial representation of large companies was a respectable profession.

It sounds as if your decision came as quite a surprise.

Not to me. As early as the age of ten, I would sit on the bench in front of my parents' house and think about my life. I knew I could calculate faster than many others. And I knew that I could be persuasive. Although I still had no idea what this meant in terms of the bigger picture, it was already clear to me at this point that I would only be interested in sales. But for the sake of my family, I first studied electrical engineering and later I benefited from that. When I talked to an installer about the products, I always knew exactly what I was talking about.

»Automation and an energy-efficient control system were the focus right from the start.«

What were the products at the beginning?

In those days, the heating systems using coal and wood in Germany were being converted to central heating systems with oil or night storage heating. In order to save energy, a timer was needed to lower the temperature automatically at night. Alternatively, an automatic system was required for night storage heaters to charge the heaters' storage tanks before the end of the low tariff period, so that they could supply sufficient heat during the high tariff period in the daytime. These devices from Grässlin and Schlüter, which at the time were still very new companies, formed my first portfolio. Automation and an energy-efficient control system were therefore the focus of my attention right from the start.

What were the biggest challenges initially?

The biggest one was getting an appointment with an electrical wholesaler. Nobody had heard the name Peter Kremser. And in northern Germany, which was my first sales area, Grässlin and Schlüter were also still completely unknown, as this was uncharted territory for those companies. It took around three or four months before anyone even offered me a coffee. Still, I was fortunate.
The products were innovative, came at just the right time and had already overcome their teething problems. In addition, wholesalers quickly realised that they could make a lot more money with these products.

»The more senses you can positively appeal to, the more you can sell.«

From your point of view, what makes for successful sales work?

Three main things, which I believe have not changed to this day. Firstly: Stay credible and build trust. You can never cheat a customer. Moreover, this is the only way to build long-term customer relationships. There are many people who have gone on to become managing directors who I knew from their days as trainees in the same wholesale companies. What could be better for someone who has done so much right by that stage?

Secondly, it goes without saying that it depends on your ability to sell. When making initial contact, never jump straight in and never divulge everything over the phone immediately. Raise the customer's curiosity first. During an on-site appointment later on, you should listen attentively in order to find out what the current issues and challenges are from the customer's perspective. Some people are preoccupied with acquiring new customers, others have the wrong profit margin, someone is having storage problems and so on. This is where you turn the customer's curiosity into a genuine interest in buying and you offer them an appropriate solution. And then at the end, it's no longer a question of »if« but »when« and »how much«.

These days, you hear talk in the advertising industry of multi-sensual or multi-sensory marketing. That might sound modern, but in actual fact there's nothing new about it. I've never sold anything using just a catalogue or a brochure. Even at the start of my career, the customer always knew that I would bring product samples to an appointment. I would lay the samples out on the table, and the customer could look at them, touch them and examine them. The more senses you can positively appeal to, the more you can sell.

Your success has meant you have often had to move to larger company premises over the years. The last one in 1993 coincided with the launch of ESYLUX. What did this step mean?

Presence detectors, motion detectors and outdoor lighting now and then.

What decisions accompanied this process?

The most important one concerned product quality. At that time, there were many disadvantages to manufacturing in China. Today the quality has improved, but in the past a lot of – let's call it – »manual work« was done there. In addition, competitor products would also have benefited from these improvements if they had been made by the same Chinese manufacturers. That wouldn't have been in our interest, of course. At our in-house production site in Ahrensburg, we now have a much more reliable quality control system and use load tests to ensure that components such as capacitors really can withstand many years of use.

Intelligent automation and lighting solutions have determined ESYLUX's success right from the outset. Which subsequent developments were trendsetting for you?

The introduction of the presence detector class in 2002 / 2003 and the leap in LED quality with simultaneous price reduction, which enabled us to venture into intelligent indoor lighting in 2015. The options offered by the LED were the optimal prerequisites to allow the LEDs to be combined with our control system. After all, we're not just any old lighting store. Our lighting is intelligent because it is automatically controlled as required, and we can offer co-ordinated combinations of automation and lighting from a single source. A lighting manufacturer would not be in a position to do this. Sensor-controlled automation requires specialist knowledge.

When you look back over the past decades, what do you see as the secret to long-lasting success?

There is definitely no single secret to success, because there are always multiple things that ultimately lead to success. But if I had to choose one thing in particular, it would be the innovation. I have always focused on this subject with my customers, in the past and to this day. If you are the first, you talk about marketing and the joint acquisition of new customers. If you're the second, you can only talk about the price. Sometimes a customer would rather stay with a manufacturer they know. In which case we would say: »Fine, no problem. But we've got something completely new that your manufacturer doesn't offer at all. How about that?« And we had won them over already.

Over the last 50 years, innovations have not only been part of your portfolio, but also in your everyday professional life a lot has changed when it comes to technology. Which aspect would you mention in particular?

When it comes to communication there is no comparison. Email has largely replaced the fax and the letter, the PC has replaced the mechanical typewriter and the mobile phone means that people can be reached at any time, no matter where they are. When I got a car phone in 1969, it was called Landfunk (land radio). Then it was ultra-modern, but now it's unimaginable. The connection technology took up a quarter of the luggage compartment, a large aerial towered outside and an equally bulky receiver could be found on the inside. The monthly basic fee alone cost half of an average employee's income, and accessibility was another issue entirely. Anyone wanting to get hold of me had to know what radio mast I was near as they had a very limited range. When I was out and about and my wife in the office wanted to put me in touch with a caller it was often a guessing game.

»My recommendation to managers is not only to give space to creativity, but also to reward it.«

You've been married to your wife since 1965. To what extent has she been a part of your professional success?

Not only have I known my wife for almost 60 years, but she was also my first colleague after founding the first company. In the beginning she only worked half-days so that she could continue to work in her old job so we were still able to pay the rent on our small apartment and put food on the table. Later on she worked full-time. I couldn't have wished for a more reliable partner. She was the only one who always openly told me what she thought and always stood by me, even in difficult times. I couldn't have done all of this without her.

One final question, Mr Kremser – what advice would you give the company for the future?

My recommendation to managers is always to listen closely to their teams, to be open to better arguments and not only to give space to creativity, but also to reward it. My honest advice to all employees is to always think and speak positively. This will not only help the individual, but it will also spread to their colleagues and is invaluable for a good working atmosphere. The future always stirs the heart a little because you don't know what it holds. But there's no reason to be afraid. The future of the company is in good hands, and competitors don't have any magic ingredients. Besides, other companies that have a large market presence today have been growing over the last 100 or even 150 years. With just 50 years behind us we still have time on our side.

Many thanks for the interesting conversation.

An area of 4000 m2 with approximately 4500 pallet spaces at the Ahrensburg site serves as an interim storage space for ESYLUX products before they are dispatched. A 3000 m2 extension to the site is already prepared and soon to be implemented.